Conservation status: Listed by the World Conservation Union (IUCN) as Near Threatened globally.

Range: Throughout the north east Atlantic, from Norway south to West Africa. Also present in the Mediterranean.

Habitat: Found over rough or rocky ground in depths ranging from 1 to 400m.

Reproduction: Females lay single eggs in spring and summer and the young hatch out of their eggcases after about 9 months.

Although almost identical in shape and form, Bull Huss eggcases are much larger than Small Spotted Catshark purses.

This eggcase is tubular with curly tendrils at either end. It is quite large, about as long as an adult’s middle finger.

If you find one of these eggcases on the beach, please do report it to your local shark and ray sightings scheme. 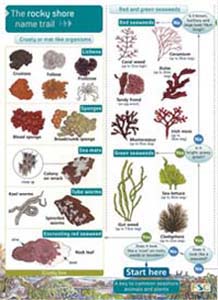 Many of us have enjoyed a stroll along a beautiful beach at some stage and we all have stories about the interesting things that we've found. In fact, the seashore is a great place to start learning about life in our oceans! A short walk along the wrack line can provide us with clues as to what's living in the sea close by. Natural things commonly found washed up on the beach … END_OF_DOCUMENT_TOKEN_TO_BE_REPLACED

One question that we frequently get asked by students considering a career in marine biology is whether they need to learn to SCUBA dive. Marine biologists do not have to be able to dive.  Many roles are lab or office based and field work frequently involves surveys which are boat based or on the shoreline.  You actually don't even need to know how to swim!  Ofcourse, it is … END_OF_DOCUMENT_TOKEN_TO_BE_REPLACED

Collecting and identifying mermaids' purses on the shoreline can be a fun activity for the whole family, and although some skate and ray eggcases can be difficult to identify, there are a number of species that can be easily recognized without the eye of a specialist.  In fact, mermaid's purse spotting is fast becoming a popular beachcombing activity around the world, with citizen scientists … END_OF_DOCUMENT_TOKEN_TO_BE_REPLACED